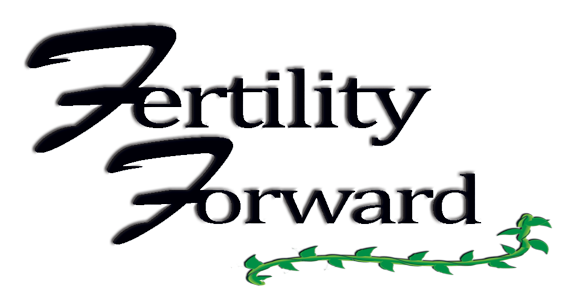 The Birth of Olivia Noelle: a birth of Intuition, part one

If I expected a clear cut labor (which I will be referring to as "my birthing time") that followed a predictable pattern as most textbooks describe, we would have had an unplanned, unassisted birth!  Olivia's birth shows how intuitively a woman's body and baby can work together to create the safest birthing pattern for baby and mom.  It is also a testament to prayer and affirmation throughout pregnancy, and how having and internalizing a solid vision of birth and outcome yields positive results.

My birthing time began sometime over the weekend...as one long pressure wave every hour for a couple hours each day.  I knew that once they grew closer together it would be on like Donkey Kong, so I waited...and waited...and waited...and finally on Monday I was tired of waiting.  Throughout my pregnancy, vacuuming had always brought on pressure waves.  So much so that I had to stop doing it until 38 weeks because it was contributing too much to my preterm activity (which is a whole other story).  Thus, I decided that I would vacuum the house to try to bring this baby on out!

Michael had taken Marija to a Daddy-Daughter lunch since it was the first day of his planned 2 week vacation, and they were going to be home soon.  As I went through the house from one end to the other, I made it to the living room and had to call it quits.  I had 2 pressure waves during the vacuuming session (about 15 minutes apart) and they were definitely something to write home about.  I was just about to call Michael when he pulled in the driveway.  I met him in the garage and explained that I was about to call him because things had picked up a little, but I was going to drink water and chill and see if they kept up before calling the midwife and doulas.

He was cautiously excited and we agreed to wait.  I walked into the bedroom to get my phone for timing some pressure waves and one came on me, fast and strong.  I had been leaning into the wall wherever I was at the time it came on, but this time I wasn't close enough to a wall and ended up on all fours on the floor.  Making my usual low "aaaaaahhhhhhh" was comforting, but this one was down right intense.  I stood up after resting a moment and called my midwife.

When she answered, I explained how sporadic the pressure waves were, but that they were lasting 60 seconds and were feeling quite intense.  I told her not to come yet but that I would call back in 30 minutes to give an update.  She thanked me because she was currently at the doctors' office with her grandparents and needed to call her husband to swap out caregivers.  After we hung up, I texted our doulas the same message.

Well, about 10 minutes later, another pressure wave came on that meant business, so I promptly called back the midwife and said, "yeah, you'd better go ahead and come over."  I also called both doulas who each had an hour drive.  I proceeded to inform Michael that my birthing time had definitely begun, and we both gathered all the kids in the living room to share the news.  This was a necessary event because we needed to explain that all communication would need to go through Daddy before coming to me, but it obviously sparked some excitement.  So we put that excess energy to use!  Michael and Kolbe changed the sheets on the bed, waterproofed the mattress and put away the comforter.  Stephen cleaned out the tub, and Marija did some miscellaneous set up.  Theresa was somewhere in the mix, but that part is a bit fuzzy.  I knew my next task was to light the candles, set up the hypnosis tracks and relax in the tub.  Deepening my hypnosis at this point was going to be a must because the sensations were pretty intense.  Thankfully they had slowed down due to all the excitement.  I was back to having one every 20 to 30 minutes.

So, after all the birth supplies were set up, Michael turned on the baby monitor and took the receiver with him.  I relaxed in the tub and let it sink in that this was "it".  It was so wonderful from this point on.  The pressure waves were still intense, but eyes-open hypnosis helped me stay so relaxed, each wave was super effective.

NaProLady
Atlanta, GA, United States
I am happily married to an amazingly supportive and all around amazing man, and we currently have five really awesome children. In addition to being a wife and homeschooling mother, I am a FertilityCare Practitioner, Certified HypnoDoula, and Placenta Encapsulation Specialist.